The LAST Instructions of JESUS 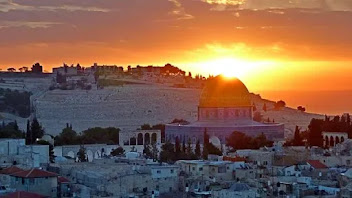 44 And he said unto them,
These are the words which I spake unto you,
while I was yet with you,
that all things must be fulfilled,
which were written in the law of Moses,
and in the prophets,
and in the psalms,
concerning me.
45 Then opened he their understanding,
that they might understand the scriptures,
46 And said unto them,
Thus it is written,
and thus it behooved Christ to suffer,
and to rise from the dead the third day:
47 And that repentance and remission of sins
should be preached in his name among all nations, beginning at Jerusalem.
48 And ye are witnesses of these things.
49 And, behold,
I send the promise of my Father upon you:
but tarry ye in the city of Jerusalem,
until ye be endued with power from on high.
50 And he led them out as far as to Bethany,
and he lifted up his hands,
and blessed them.
51 And it came to pass,
while he blessed them,
he was parted from them,
and carried up into heaven.

These were the last words of Jesus to His disciples, before He was taken up to heaven, after His Resurrection, appearing to His apostles one last time.

Before Jesus was taken into heaven, He had two (2) specific instructions for the apostles:

1. “…that repentance and remission of sins
should be preached in his name among all nations,
beginning at Jerusalem.”
Luke 24:47 (KJV)

Basing everything on the last words of Jesus, He wanted the apostles to start preaching about repentance in Jerusalem --only when they were “endued with power from on high”.

JESUS was particular about “repentance” and “remission” (forgiveness) of sins – to be “preached in his name among all nations”.

There have been many faithful who have done so, with great sacrifice and endurance.

May the WORD of God continue to bless this world, up until the time Jesus returns.

Relevant articles on REPENTANCE and RECONCILIATION:
"The LORD Jesus Calls Us to Repentance"
"The Sanctification Process"
"How to Reconcile With God"