It is RIGHT to FEAR the LORD 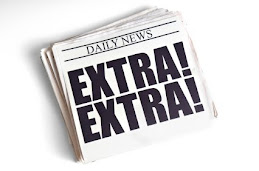 10 And I fell at his feet to worship him.

And he said unto me,

See thou do it not:

I am thy fellowservant,

and of thy brethren that have the testimony of Jesus:

for the testimony of Jesus

is the spirit of prophecy.

Why fear the future?

FEAR the LORD, instead.

28 And fear not them which kill the body,

but are not able to kill the soul:

but rather fear him which is able to destroy

both soul and body in hell.

Only the CREATOR of ALL has the power over our lives.

At any given instant, He can decide for JESUS to return, and gather His faithful.

Everything has been prophesied.

At least one-third of the Bible is PROPHECY.

We were given the ESSENTIAL teachings of the LORD.

We were shown the HISTORY of GOD, through the Bible, from CREATION to REVELATION.

What has been left out?

Perhaps, I better ask the world:

Why did the world leave out JESUS?

Why is GOD being refused power, prayer, and presence in the world?

Do we realize those are all futile attempts, for ALL has been prophesied?

The Bible is the GOOD NEWS of the LORD.

16 For by him were all things created,

that are in heaven,

and that are in earth,

whether they be thrones,

all things were created by him,

He came to the world to save the lost.

to seek and to save

that which was lost.

Are we to remain lost?

When we've already been found by the GOOD SHEPHERD?

Why do we resist the LOVE of the LORD?

Why do we disregard the SUPREME Sacrifice of the LAMB?

Unless we are of our "father the devil", as JESUS once said:

44 Ye are of your father the devil,

and the lusts of your father ye will do.

He was a murderer from the beginning,

and abode not in the truth,

because there is no truth in him.

When he speaketh a lie,

he speaketh of his own:

for he is a liar,

and the father of it.

All we have to do, is open the Bible, the WORD of GOD, the GOOD NEWS of the LORD, and start reading.

You will be amazed at the MOST MAGNIFICENT adventure, with GOD at the helm.

You will marvel at the wrath of GOD, in smiting Israel's enemies, those who lead His people away from Him, or those who persecute His people.

An angel of the LORD can do this, when commanded by GOD:

35 And it came to pass that night,

that the angel of the Lord went out,

and smote in the camp of the Assyrians

an hundred fourscore and five thousand:

and when they arose early in the morning,

they were all dead corpses.

That's ONE angel of the LORD slaying 185,000 Assyrians in one night!

Do we realize the ENORMITY of the POWER of the LORD, when caused to wrath?

What hope does God's enemies have, over the WRATH of the LORD?

How can we even doubt the might and power of the LORD?

How can we even think of throwing back His LOVE back at His HOLY face?

How can we even have thought of slaying His BELOVED SON?

And we look at the newspapers and other media of this world, glorifying murder, mayhem, and manipulation?

We call that news?

Those are ABOMINATIONS to the LORD.

16 For the leaders of this people cause them to err;

and they that are led of them are destroyed.

ALL POWER belong to GOD alone.

It is right to FEAR Him.

8 Reprove not a scorner,

lest he hate thee:

and he will love thee.

9 Give instruction to a wise man,

and he will be yet wiser:

and he will increase in learning.

10 The fear of the Lord is the beginning of wisdom:

and the knowledge of the holy is understanding.

It is right for the world to know WHO the TRUE POWER IS.

twice have I heard this;

that power belongeth unto God.

The End of the World, SIMPLIFIED

I'm not being flippant.

The LORD JESUS led me to the specific verses below,  just moments ago.

This, after He led me (through the HOLY SPIRIT of GOD) to another specific instruction for all of us:

"Focus on the WORD, not the world."

As the Bible says, JESUS is the WORD of GOD, so we must FOCUS on JESUS alone.

Be not afraid of how the world is turning out.

It's all been prophesied.

Just focus each day on JESUS, the WORD of GOD.

Commit to your heart His teachings and commandments, believe in Him, follow Him, for He is the ONLY sure WAY back to GOD.

Here are the PRECISE verses the LORD led me to share with you right this moment, for therein lies many parables, and essential teachings about the "end of the world".

37 He answered and said unto them,

He that soweth the good seed is the Son of man;

the good seed are the children of the kingdom;

but the tares are the children of the wicked one;

39 The enemy that sowed them is the devil;

the harvest is the end of the world;

and the reapers are the angels.

40 As therefore the tares are gathered and burned in the fire;

so shall it be in the end of this world.

41 The Son of man shall send forth his angels,

and they shall gather out of his kingdom

all things that offend,

and them which do iniquity;

42 And shall cast them into a furnace of fire:

43 Then shall the righteous shine forth as the sun

in the kingdom of their Father.

Who hath ears to hear,

hid in a field;

the which when a man hath found,

and for joy thereof goeth and selleth all that he hath,

and buyeth that field.

the kingdom of heaven is like unto a merchant man,

when he had found one pearl of great price,

went and sold all that he had,

the kingdom of heaven is like unto a net,

that was cast into the sea,

and gathered of every kind:

when it was full,

they drew to shore,

and gathered the good into vessels,

but cast the bad away.

the angels shall come forth,

and sever the wicked from among the just,

50 And shall cast them into the furnace of fire:

It's always been GOD.

All your concerns about last year, this year, and beyond are answered on the chapter below.

Feel the POWER of GOD's PROMISE!

in the secret place of the most High

shall abide under the shadow of the Almighty.

He is my refuge and my fortress:

in him will I trust.

3 Surely he shall deliver thee from the snare of the fowler,

and from the noisome pestilence.

4 He shall cover thee with his feathers,

and under his wings shalt thou trust:

his truth shall be thy shield and buckler.

5 Thou shalt not be afraid for the terror by night;

nor for the arrow that flieth by day;

6 Nor for the pestilence that walketh in darkness;

nor for the destruction that wasteth at noonday.

7 A thousand shall fall at thy side,

and ten thousand at thy right hand;

but it shall not come nigh thee.

8 Only with thine eyes shalt thou behold

and see the reward of the wicked.

9 Because thou hast made the Lord,

which is my refuge,

even the most High,

10 There shall no evil befall thee,

neither shall any plague come nigh thy dwelling.

11 For he shall give his angels charge over thee,

to keep thee in all thy ways.

12 They shall bear thee up in their hands,

lest thou dash thy foot against a stone.

13 Thou shalt tread upon the lion and adder:

the young lion and the dragon shalt thou trample under feet.

14 Because he hath set his love upon me,

therefore will I deliver him:

I will set him on high,

because he hath known my name.

and I will answer him:

I will be with him in trouble;

I will deliver him,

16 With long life will I satisfy him,

and shew him my salvation.