20 And when ye shall see Jerusalem compassed with armies,

then know that the desolation thereof is nigh.

21 Then let them which are in Judaea flee to the mountains;

and let them which are in the midst of it depart out;

and let not them that are in the countries enter thereinto.

22 For these be the days of vengeance,

that all things which are written may be fulfilled.

I was awakened from my sleep by seemingly many articles I wrote about Israel.

Sure, I've written a few, from a blog I created honoring God's chosen nation.

I had barely slept two hours when God bombarded my mind with a host of articles on Israel, as if I'd written all those.

Then I remembered a very short video presented by Greg Laurie I listened to yesterday afternoon.

So, I listened to it all over again.

In a little over eight minutes, pastor Laurie was able to share all the relevant verses on the end times regarding Israel, and of her great importance to the world, especially to America, who seems to be vacillating in her faithfulness to this besieged nation.

He was also able to share brief, but important geographic information about Israel, which spoke of the tiny nation, and its power.

Pretty much like a David, to the Goliath of nations surrounding her, and threatening her all over the world.

This sleeplessness over Israel, reminds me of when God first pointed me to Dr. David R. Reagan's videos on rebellious America -- the videos that led me to being born again over 20 months ago -- for the UTMOST urgency of the times.

It's happening all over again.

I became born again months before the 2019 covid crisis.

Now, I'm being ALERTED to the urgency of Israel's plight, and the world's plight -- even with the so-called "ceasefire" put upon Israel from the recent 11-day battle with Gaza.

Maybe ESPECIALLY because of the so-called ceasefire, the details and intentions of which, only the involved parties would know -- and GOD, of course.

A lot can happen in the midst of seeming silence.

Now that others have tested Israel's capability, we can just imagine what they've planned for her -- when they band against her.

Click this link to listen to Amir Tsarfati's concerned video regarding that ceasefire.

God has alerted me to something and we must pay very close attention to what other nations are plotting over Israel, and pray for her safety, and that more Jews would become born again.

What happens to Israel affects ALL nations.

The Lord Jesus did say:

32 Now learn a parable of the fig tree;

When his branch is yet tender,

and putteth forth leaves,

ye know that summer is nigh:

when ye shall see all these things,

know that it is near,

even at the doors.

This generation shall not pass,

till all these things be fulfilled.

The return of Jesus for His faithful may come any moment God chooses.

Especially if we hurt the apple of His eye.

In my path as born again, the Holy Spirit -- my teacher on Jesus, and everything God -- was particular I focus on the imminence of the Rapture.

Would we be ready when Jesus descends from heaven, to have His faithful meet Him up in the air?

What are other nations up to?

Only they know, and God definitely knows.

At a time of His own choosing, He will act.

As the LORD JESUS said:

41 The Son of man shall send forth his angels,

and they shall gather out of his kingdom

all things that offend,

and them which do iniquity;

42 And shall cast them into a furnace of fire:

And for His faithful?

43 Then shall the righteous shine forth as the sun

in the kingdom of their Father.

Who hath ears to hear,

The LORD's on to something.

And I sure am paying attention.

That's all we have.

Spirit of the antichrist 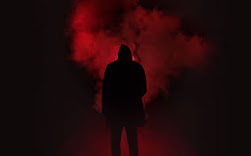 it is the last time:

and as ye have heard that antichrist shall come,

even now are there many antichrists;

whereby we know that it is the last time.

Who is the antichrist?

What is the spirit of the antichrist?

Scripture reveals him in these verses:

22 Who is a liar but he that denieth that Jesus is the Christ?

that denieth the Father and the Son.

3 And every spirit that confesseth not

that Jesus Christ is come in the flesh

is not of God:

and this is that spirit of antichrist,

whereof ye have heard that it should come;

and even now already is it in the world.

7 For many deceivers are entered into the world,

who confess not that Jesus Christ is come in the flesh.

This is a deceiver and an antichrist.

25 And he shall speak great words against the most High,

and shall wear out the saints of the most High,

and think to change times and laws:

and they shall be given into his hand

until a time and times and the dividing of time.

21 And in his estate shall stand up a vile person,

to whom they shall not give the honour of the kingdom:

but he shall come in peaceably,

and obtain the kingdom by flatteries.

4 Who opposeth and exalteth himself

above all that is called God,

or that is worshipped;

so that he as God sitteth in the temple of God,

shewing himself that he is God.

5 And there was given unto him a mouth

and power was given unto him

to continue forty and two months.

36 And the king shall do according to his will;

and he shall exalt himself,

and magnify himself above every god,

and shall speak marvellous things against the God of gods,

and shall prosper till the indignation be accomplished:

for that that is determined shall be done.

His time is limited.

He is given authority, according to God's plan.

As such, his end is also determined by God.

8 And then shall that Wicked be revealed,

whom the Lord shall consume with the spirit of his mouth,

and shall destroy with the brightness of his coming:

In summary, here are the antichrist's revealing traits, and future:

1. He denies Jesus is the Christ.

2. He denies the Father and the Son.

3. He doesn't confess Jesus came in the flesh.

4. He will speak great words against the most High.

5. He will wear out the saints of the most High.

6. He will change times and laws.

8. He will come in the guise of peace.

9. He will obtain the kingdom through flattery.

10. He will oppose and exalt above everything that is God.

12. He will show himself that he is God.

13. He will be given a mouth to speak of great things and blasphemies.

15. He shall exalt, and magnify himself, over every god.

16. He will speak marvelous things against the God of gods.

18. He will be revealed by the Holy Spirit of God.

19. He shall be consumed by the spirit of God.

20. He will be destroyed by the brightness of the Lord's coming.

WHEN Will the COMING of JESUS Be? 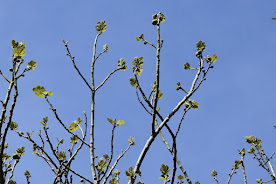 32 Now learn a parable of the fig tree;

When his branch is yet tender,

and putteth forth leaves,

ye know that summer is nigh:

when ye shall see all these things,

know that it is near,

even at the doors.

When will the LORD JESUS have His faithful meet Him up in the air, in our changed bodies?

The times, or the seasons, no one knows, according to Scripture.

7 And he said unto them,

It is not for you to know the times or the seasons,

which the Father hath put in his own power.

But the Lord Jesus -- through His words in Matthew 24 -- gave many clues.

14 And this gospel of the kingdom shall be preached

in all the world for a witness unto all nations;

and then shall the end come.

27 For as the lightning cometh out of the east,

and shineth even unto the west;

36 But of that day and hour knoweth no man,

no, not the angels of heaven,

but my Father only.

40 Then shall two be in the field;

41 Two women shall be grinding at the mill;

for ye know not what hour your Lord doth come.

that if the goodman of the house had known

in what watch the thief would come,

he would have watched,

and would not have suffered his house to be broken up.

for in such an hour as ye think not

the Son of man cometh.

50 The lord of that servant shall come in a day

when he looketh not for him,

and in an hour that he is not aware of,

51 And shall cut him asunder,

and appoint him his portion with the hypocrites:

there shall be weeping and gnashing of teeth.