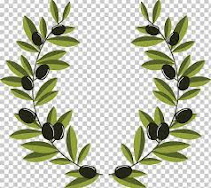 12 And I answered again,

What be these two olive branches

which through the two golden pipes

empty the golden oil out of themselves?

A video from David Jeremiah called my attention to the TWO witnesses.

Why were they sent?

What have they to do with olive branches?

It was time to look deeper.

According to the Bible, after the RAPTURE of the church (believers of JESUS), two witnesses will show up:

3 And I will give power unto my two witnesses,

and they shall prophesy

4 These are the two olive trees,

and the two candlesticks standing

before the God of the earth.

And this is the power they will have, as given by GOD:

5 And if any man will hurt them,

fire proceedeth out of their mouth,

and devoureth their enemies:

and if any man will hurt them,

he must in this manner be killed.

6 These have power to shut heaven,

that it rain not in the days of their prophecy:

and have power over waters to turn them to blood,

and to smite the earth with all plagues,

as often as they will.

When their testimony is done, this happens:

7 And when they shall have finished their testimony,

the beast that ascendeth out of the bottomless pit

shall make war against them,

and shall overcome them,

8 And their dead bodies shall lie in the street of the great city,

which spiritually is called Sodom and Egypt,

where also our Lord was crucified.

9 And they of the people

and kindreds and tongues and nations

shall see their dead bodies three days and an half,

and shall not suffer their dead bodies to be put in graves.

10 And they that dwell upon the earth

shall rejoice over them,

and shall send gifts one to another;

because these two prophets

tormented them that dwelt on the earth.

After THREE and a half days, the SPIRIT of GOD does this:

11 And after three days and an half

the spirit of life from God entered into them,

and they stood upon their feet;

and great fear fell upon them which saw them.

12 And they heard a great voice from heaven

And they ascended up to heaven in a cloud;

and their enemies beheld them.

Who are these TWO witnesses?

According to David Jeremiah, he believes it may be Moses and Elijah, as supported by these verses:

I will send you Elijah the prophet

of the great and dreadful day of the Lord:

17 And after six days

James, and John his brother,

and bringeth them up into an high mountain apart,

2 And was transfigured before them:

and his face did shine as the sun,

and his raiment was white as the light.

there appeared unto them

Moses and Elias talking with him.

These two witnesses were spoken of in prophecy:

4 And the angel that talked with me came again,

as a man that is wakened out of his sleep.

and behold a candlestick all of gold,

with a bowl upon the top of it,

and his seven lamps thereon,

and seven pipes to the seven lamps,

which are upon the top thereof:

3 And two olive trees by it,

one upon the right side of the bowl,

and the other upon the left side thereof.

What are these two olive trees

upon the right side of the candlestick

and upon the left side thereof?

12 And I answered again,

What be these two olive branches

which through the two golden pipes

empty the golden oil out of themselves?

13 And he answered me and said,

Knowest thou not what these be?

These are the two anointed ones,

that stand by the Lord of the whole earth.

GOD will give His two witnesses the power to prophesy.

Even the LORD JESUS testifies, it is not He that speaks, but the FATHER:

49 For I have not spoken of myself;

but the Father which sent me,

he gave me a commandment,

what I should say,

and what I should speak.

And so, it shall be for the two witnesses.

They will speak what the FATHER tells them.

then take with thee one or two more,

that in the mouth of two or three witnesses

every word may be established.

Who, better to witness, than those SENT by GOD?

As in the TWO witnesses.