Why don't people believe in the RAPTURE? 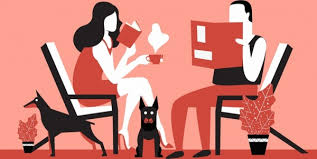 for ye know not

what hour your Lord doth come.

His words alerted me, BIG time:

41 Two women shall be grinding at the mill;

So, that's what the RAPTURE was all about!

Before GOD made me born again, I've been hearing about the Rapture.

I'd even see books about it.

But, until the SPIRIT of GOD was in me, I wouldn't have known where to begin, what to believe, who to trust.

Mercifully, GOD saved me on time.

Now, I can tell you about that momentous event believers are watching out for.

Which I have been sharing, the last 29 months.

We must be blameless before the LORD, that's why.

It's all preparation now.

23 And the very God of peace sanctify you wholly;

and I pray God your whole spirit and soul and body

unto the coming of our Lord Jesus Christ.

But why aren't people listening?

Why do they scoff at the very idea?

Why do they go about each day, unwilling to change?

Why don't they turn to the LORD?

3 For the time will come

when they will not endure sound doctrine;

but after their own lusts

shall they heap to themselves teachers,

Here's what I've experienced, and observed:

GOD's WORD has not reached some.

They'd rather have a packed congregation, than scare people away.

They'd rather be popular, than unpopular.

People are afraid of hearing about the Rapture.

They shut their ears to it.

They'd rather things stay the same.

Even as we all need some good scaring.

The time is fulfilled,

and the kingdom of God is at hand:

and believe the gospel.

Other reasons come to mind:

They think they're masters of time.

They don't believe in God.

They don't believe in Jesus.

They don't know the Holy Spirit.

They're distracted by things of the world.

They're hoping it will not happen.

They're hoping it will be put off.

Their thinking process has been tampered with.

They've been fed wrong things by the enemy.

Thinking, if you focus on the Rapture, it might happen.

Well, whether you focus on it, or not, it WILL happen.

16 For the Lord himself shall descend from heaven

with the voice of the archangel,

and with the trump of God:

and the dead in Christ shall rise first:

17 Then we which are alive and remain

shall be caught up together with them in the clouds,

to meet the Lord in the air:

and so shall we ever be with the Lord.

18 Wherefore comfort one another with these words.

Further, ONLY GOD knows when the Rapture needs to happen.

32 But of that day and that hour knoweth no man,

no, not the angels which are in heaven,

JESUS knew how people were going to be, before the end times.

The LORD also reminded us:

for in such an hour as ye think not

the Son of man cometh.

Why is it so hard to believe the RAPTURE will come?

Why is it so hard to believe JESUS, when His testimony is TRUE.

As the angel said:

10 And I fell at his feet to worship him.

And he said unto me,

See thou do it not:

I am thy fellowservant,

and of thy brethren that have the testimony of Jesus:

for the testimony of Jesus

is the spirit of prophecy.

It's time to get right with GOD now!

Let's not put it off.

It's ALL preparation NOW

A NOTE to scoffers