JESUS Can Return ANY Moment NOW 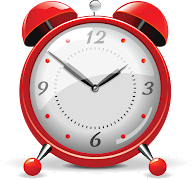 28 So Christ was once offered

to bear the sins of many;

and unto them that look for him

shall he appear the second time

without sin unto salvation.

How do I know Jesus can return ANY moment now?

Who better to tell you about God, than His own SPIRIT?

Spirit alerted me to Dr. Chuck Missler's words, days ago:

"Where there's no mass,

In my child-like mind, with no desire for complexities, I just realized the clue was astounding.

For Dr. Missler explained in the simplest way possible, Einstein's theory of relativity.

Something clicked, in relation to the end times.

But I let the "idea" simmer in my heart a few days, not wanting to be hasty about any conclusions.

Thing is, Spirit woke me up at 2:58 this morning, and essentially said, "It's time!"

Time to tell you what Spirit led me to.

That my growing feeling, of Jesus' return, has excellent basis.

Because God is a Spirit, and He is my teacher.

and they that worship him

As a Spirit, He has no mass, nor time.

And He's the one who decides when it's time for Jesus to return.

Jesus said so Himself:

32 But of that day and that hour

no, not the angels which are in heaven,

That being that, if there's no time, ANY moment is a good moment for God.

A moment, is an instant.

So, why are people dilly-dallying?

Why are people not waking up to CHRIST?

it is the last time:

and as ye have heard that antichrist shall come,

even now are there many antichrists;

whereby we know that it is the last time.

And apostle Peter spoke of what years mean to God:

be not ignorant of this one thing,

that one day is with the Lord as a thousand years,

and a thousand years as one day.

That's merely to emphasize how God looks at time.

He could act now.

Or He could wait for the fullness of time, by His book.

Only He knows when.

So, people continue to scoff, demanding:

"Where, where is His coming?"

Thinking it will not be in their generation.

All I know is when I surrendered my will to God in September 2019, He led me to two videos on rebellious America -- so "ripe for correction".

On that very same day, He made me born again, and I started reading Scripture.

Two months after, in November 2019, the covid crisis became news, near my region.

Which became my CORE concern and focus, as I write all blogs, and posts, with Spirit each day.

I'll spare you the details of my dreams, and visions, from decades ago, with Jesus even showing up TWICE in my dreams.

And I wasn't even born again then.

And now, 19 months later, Spirit leads me to listen to Dr. Missler, and his explanation of Einstein's theory of relativity, and now I understand, that Jesus' return is really imminent.

It is not by days, or hours, or even minutes.

It could be ANY moment.

For God is a Spirit, He has no mass, and He is not time-based.

Jesus has already sounded the warning:

The next post will tell you the essential KEY words Jesus gave us, for His return.