"The Phlegm Factory" -- A Prophetic Book 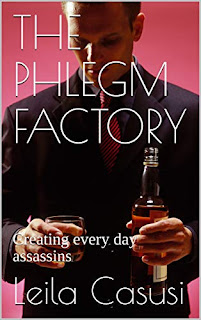 "The Phlegm Factory" was the 13th short fiction book I wrote, which also came out on 13 December 2019.

The number "13" in Scripture Numerics, referred to "Depravity and Rebellion".

I knew I was on to something, although it is only now I realized that timely and prophetic book was my 13th book.

That was strange, but the Holy Spirit was guiding me to "things", and so, I kept writing.

Then, weeks ago, we learned of this Corona virus which has infected and killed many people in China, a case in New York, and in my country, the Philippines.

God only knows how many real victims there are in the world, as this is a virus.

Observing the common cold in my part of the world for a long time now, I knew something was different -- the strains were different.

I had also been having dreams and visions for over 20 years now, thus, the timeliness and timelessness of the spiritual warfare books I featured on another blog, and on my Amazon author's page.

I also had a dream over 10 years ago about three molecular biologists -- an American, a German, and a Frenchman -- who were huddled in deep conversation, worried about something.

I knew that it had something to do with what was being developed in laboratories around the world.

What can one person, in an obscure part of the world, know about hidden agendas?

Well, my dreams tell me.

And now that I've been a born-again Christian since 6 September 2019 -- making that nearly five months now -- my work has amplified itself, under the grace and guidance of the Holy Spirit.

It's as if I'm in the right place, at the right time, doing the right work, and that is, to inform all who care to listen, and to warn people about the end times, and about working their way back to God, through Jesus, for we all know, Jesus is the only Way:

When you become a born-again Christian, your life is devoted to Christ, and you only take instructions from Him.

Such was my life for nearly five months now, and the changes in my life and work, were amazing.

Interestingly, I went back to this 13th book of mine, and re-read what I wrote on Chapter 1. I shall share with you some excerpts here:

Chapter 1
ABOUT THE COLD

Stealthy, and yet deadly, they hit you when you least expect it.

Such as, going about your life each day, then all of a sudden, you find yourself having bodily aches and pains, maybe even running a fever, and unable to go to work, or even eat at all.

But SCRIBU, the dream warrior and scribe, thinks differently.

And then again, she’s always thought differently about most things.

For, she’s got this gift of dreams, visions, and prophecies – dreaming SKAL, the chief demon and destroyer’s schemes, to his great rage, of course.

No one’s supposed to know how he wishes to annihilate humanity.

Who, among his generals, has gone careless?

Who was betraying him?

STONE, the Chief Warrior Angel and protector to SCRIBU, merely smiled, and thought to himself:

“No one’s betraying you. You are.”

When darkness is in your heart, there is only one thing that happens -- you spiral downward to your own destruction.

The more you wish it upon others, the more it is wished upon you.

Without a hint of smugness, the HUGE Angel’s thoughts momentarily took a back seat, as he continues to vigilantly watch his ward, as he keeps a close eye on the destroyer, who unleashes his forces, night and day, on unsuspecting humanity.

She remembered how worried they were.

It only took the friendly French scientist, Michel, to make time to hand her a card, with his name on it.

It was mere acknowledgment of his awareness of her presence in that church, even as she was dutifully ignored by the worried American and German scientists.

And now, she has this pesky cold.

Even I was surprised I had written all that, for I had written 24 books in 54 days -- 22 were the SCRIBU, dream warrior, series on spiritual warfare -- and the remaining two were non-fiction books on Jesus and Scripture.

My time, as a Christian writer, has come.

The only question is, who cares to listen?

Are we going to be distracted by the false demands of the world, when Christ awaits our attention?

I cannot make the LORD wait; I wait upon him.

Like a child, I sit happily at His feet, absorbing all instruction, for it pertains to the survival of this world.

I know those dreams and visions were by His design, and not by accident.

Perhaps, I'm just a fervent and devoted listener, that's all.

Perhaps, I really do love God.

Those are all certainties.

The non-fiction books stopped at 2.

I will only write what I'm prodded to write, never of my own.

And now, I was prodded to write these previous posts:

On Potential Pestilence and the End Times

Now, this post you're reading, reminding me of the prophetic 13th book I had written.

Like I said, all I do is listen, and work on what is given.

I hope you are paying attention, for the time is ripe for the end times.

It is the season to pay attention to God.

We have neglected Him too long.

Find you way back, through Jesus. 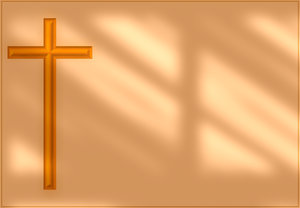 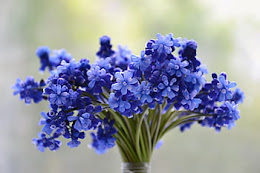