Why Was Israel the Chosen Nation of God? 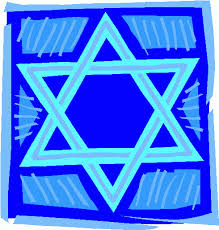 "But ye are a chosen generation, a royal priesthood, an holy nation, a peculiar people; that ye should shew forth the praises of him who hath called you out of darkness into his marvellous light;"

Being a student of BIBLE Prophecy, and all things CHRIST, I have chosen to educate myself by reading the Bible, listening to videos by Christian ministers, studying verses shared by my Bible teacher, Joseph, writing my own short stories about SCRIBU, the dream warrior and scribe (now a series of 15 books on Amazon), and studying all pertinent things about Jesus.

Through this blog, I share with you my many findings.

I woke up early this morning, as I normally do for Christ, and here's a video that I found compelling -- something I never thought I'd be drawn to -- the amazing Israeli Air Force:


That video shared a link from its producer and author, Joseph Wouk, the youngest son of Herman Wouk ("Caine Mutiny", "Winds of War", "War and Remembrance".)

The same video also led me to Wouk's information-filled website, which tells you of Israel's rough relations with its many Arab neighbors.

I felt it was important to know more about Israel and how it figures in the end times, and why this country is so hated by its neighbors, making it on edge all the time -- which, the resourceful Israelis merely put in their favor, honing their battle skills to the max.

I continued to be fascinated by this chosen nation of God, considering Israel is but a tiny nation of over 9 million people (2019 estimate), covering a land area of only up to 8,500 square miles, with only 2.1% water.

I've heard of the kibbutz years ago, and am amazed at the fortitude, intelligence, ingenuity, and tenacity of this nation and its people.

After the video and Wouk's website, I was led to Professor Barnard C. Taylor's illuminating material on "God's Purpose in Choosing Israel"(from JSTOR).

Puzzling over why Jews had not really embraced Christ, even as He gave up His life for them, I wrote a post in September sharing a video from Dr. Eitan Bar, the young Jewish-Israeli theologian who found a cool way to reach the Jewish people and teach them more about Christ.

From this Wikipedia link, we'll also understand why the Jews are God's chosen people.

On another blog, I had also written, "Israel: God's Nation".

You will also want to know how Israel had become such a tiny land from this post, showing a historical video.

It was actually Dr. David R. Reagan's end-time videos that made me love Israel, appreciating this country chosen by God.

Here are some of Dr. Reagan's important videos, taking you to Israel himself:

"The Mountains of Jerusalem"

"On Walking Through the Old City of Jerusalem"

"On the Eastern Gate in Prophecy"

There is so much to learn about this hardy nation that is Israel, and its "peculiar people".

God obviously chose the Jews for reasons only known to Him, but through this blog post, we can get a glimpse of what it is, even as only God knows the BIG picture.

If you love God, and appreciate all that Christ did for you, you will want to know EVERYTHING about God, so your worship is real, and not counterfeit.

“And Jesus answered and said unto them, Take heed that no man deceive you.”

You may want to read the whole section of Matthew 24: 4-31, where Jesus clearly tells you about the end times.

What the Son prophesied has already been happening for sometime now.

Be awake, and be aware.

What a discovery! Complete KJV Bible you can read online, all books of the Bible included here. 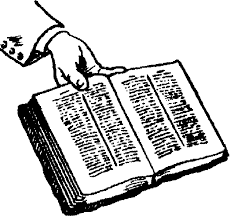